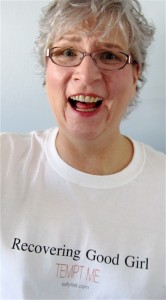 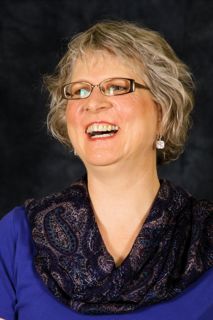 Sally Felt is another one of my online writer hang-out group that I dearly adore. Way back in 2003, when there were four of us exchanging snippets and encouragement online, Sally blew me away with her writing.

So I’m extremely happy to note that two of the books she’d been working on back then are now (and soon to be) available for purchase.  I’ve had her on Writer Wednesday before, but she deserves another showcase.

Her first romantic comedy is called Going Native, and I had the pleasure of watching this novel evolve from tentative first steps to the glorious thing it is now.

Here’s the blurb for Going Native:

“Violet Maison is house sitting a fabulous penthouse loft with a wardrobe to die for. Tired of worrying about everyone else’s expectations, Violet’s ready to walk a mile in her friend’s very sexy shoes. She embraces her new life by planting a jubilant, champagne-fueled kiss on the sexy stranger Eddie is in town to help close a business deal—and lick his wounds after a bad breakup. The last thing he wants is complications. But surprise kisses from the tipsy redhead next door prove a Texas-sized distraction he can’t ignore. Violet is demure one minute and suggesting clandestine sexcapades the next. Eddie can barely keep up. Or wait to see what Violet does next.

Something about Eddie burns away Violet’s inhibitions, though discovering he holds the key to the future of her family’s business shakes her newfound confidence. But Violet finally knows what it’s like to feel sexy and powerful, and she’s not about to give that up. She’s ready to fight for the life, and the man, she wants.

Sally’s newest book, Flushed, comes out on February 6th, 2014 and is currently available for pre-order. Here’s the quick blurb for Flushed, also an Ellora’s Cave publication. Kissing her plumber in the middle of her dinner party is the very last way Isabelle expected to spend her night—after all, she’s sworn off dating. But when Kim Martin, plumber to the rescue, charms her guests and poses as her new guy to spare Isabelle the humiliation of an uninvited ex, she makes an impromptu exception—and gets carried away.

At first, being Isabelle’s faux beau suits Kim Martin just fine. She’s hot, intriguing and won’t get in the way of his plans to blow town and build a business he’s passionate about. But Isabelle just isn’t cut out to be a goodtime girl. She gets under Kim’s skin and into his head—and he’s not entirely sure what to do about that.

Kim should be everything Isabelle believes of men in general—confident, flirtatious and too attractive for his own good. Yet the more Isabelle tries to fit him into a box, the harder he fights his way out of it. He’d be maddening if he weren’t so intriguing.