I’ve been wracking my brain, trying to think of things I can give that are different, that aren’t expensive, that won’t get dusty, and that most people wouldn’t go get on their own and as I was wandering around the (very small) Farmer’s Market in Pasadena, I realized there were a lot of one-off gifts, the delightful, the different. I bought some stuff for me but hey, I have to think every Farmer’s Market is a bit different and will have different stuff – especially near the holidays – to help me handle my holiday gift list.

As we wandered into the center of the market, this marvelous spice scent hit my nose. At first I thought it was the vendors offering all sorts of things for sale; it wasn’t until I passed them and saw the mounds of fresh teas and spices in big bowls that I realized it was the World Flavorz Spice and Tea Co. merchant that had caught my attention. (Here’s their Facebook Page if you’re interested!) One of the salts that caught our attention was this black lava salt. It’s made by smoking it with coconut husks (I think I have that right…) and looked intriguing. I also bought some pink Himalayan Salt (because I’m a salt addict). This salt just looked fascinating. It looks like it has lavender in it, as well as other Provence herbs. Not sure what I’ll use this in, but I’m keeping my options open. Pepper is something that Tom and I are always “discussing”. I like pepper. He likes the pepper mixture from the store that has lots of other things in it beside pepper (like nutmeg I think…). I’m thinking he might like this, because it has lavender and rose petals in it. But again, what to use it in? Soups, maybe…

In the top photo, you can see two spices at the bottom. I wanted some fresh curry mixture, which is the yellow spice – and the red is fresh, sweet Hungarian paprika. I’ve been looking for the sweet variety, and I’m SO glad I found it! I’ll be using that on my turkey this year.

So, while I haven’t even begun to shop for my family and friends, spices from a Farmer’s Market might be a good gift choice.  I’m looking forward to nosing through other Farmer’s Markets in the greater Los Angeles area – never know what I might find for that perfect person.

Thanks for stopping by! May your week be filled with family, friends, good food, and plenty of thanks.

What sorts of places do you like to go to, when you’re shopping for gifts? 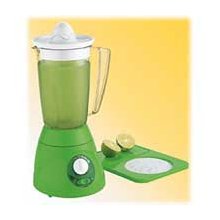