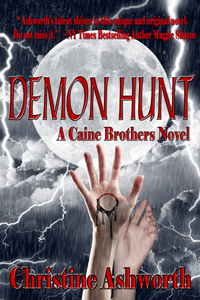 I apologize, I should have put something together earlier about my RWA conference experience – except I’m still in absorb mode. Actually, I’m still on digest on all my email loops, too, so have gone dark there as well.

I learned a lot; I gained a lot; I felt like a “real” writer while I was there, and I didn’t the last time, four years ago. No, I didn’t sign anything anywhere; no, I wasn’t up for an award; no, Nora doesn’t know my name. But it was an amazing conference. I was taken seriously by publishing professionals, and by my peers.

One of the publishing professionals, the lovely and talented Caridad Pinero, actually saw me as I was working the registration desk. Recognition crossed her face, and she came over to give me a hug. WHA? Rita Nominee Caridad Pinero gave ME a hug! We’d met at RT 2011, and I was on her blog before that I think; still, it was a total thrill, and told me how gracious and generous Caridad really is, which meant so, so much to me. It also gave me a pattern card for the future.

I also saw and hugged Kristen Lamb and Jenny Hansen, blog friends (I first met Kristen at RT 2011) and it was SO good to see them! Also caught up with Jami Gold (and did I have my camera with me? Um, that would be a huge NO!), whom I met in real life at Desert Dreams. Then, of course, there was the fabulous Beth Yarnall, and the lovely Deb Mullins, who might not have recognized me in passing, but still…!

And my lovely LARA members. We were 50 plus members strong at the conference this year, and there was something so lovely about turning a corner and seeing a familiar face. Of course, after ten years of RWA, I know a lot of people’s faces just from having seen them over the years. It’s such a lovely thing, don’t you think?

As far as roommates go, I think that if you don’t room with 3 other people in beds too small for one person let alone two for at least ONE conference experience, then you aren’t really living. We had a blast. Was it too loud? Yeah, a couple of times. Was it crowded? Hell yes. Did we laugh a lot? Um – YEAH! We drank wine, too, in the privacy of the room. Didn’t get sloppy in front of other people, which in my book is ALWAYS a good (as well as economical) thing. But there you go, we were So Cal natives so it was easy to buy our alcohol and bring with.