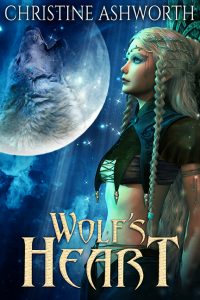 Growing pains. I haz them. In the past three weeks, I’ve finished the back matter on the three Caine novels; I’ve set up my Reader’s Group on Facebook, with some (a LOT) of help from Alexis M. Roark; I’ve rebooted my newsletter and gotten it sent out (again, with a LOT of help from Lexi); and I’m finalizing the last-minute touches on the Freebie novella, Wolf’s Heart, which will be going ONLY to my Newsletter Subscribers (woot, woot!) and will never be for sale in its current form. (Which means, I MAY re-write the whole thing and turn it into a full-length novel. We’ll see.) Crawl, where the grand prize is a $175 gift card, and each individual author also has prizes to give away. The catch? You need to join each author’s Reader Group on Facebook – where you’ll get news before anyone else, be asked to review books in advance of sale, and other goodies.  This has been fun, and I’ve had a LOT of people join my reader group, which is so gratifying. I feel like I’m gearing up for next year, if that makes sense!  (For more information on the Cinco de Mayo Virtual Pub Crawl, which starts at 12:01AM, May 5th, and lasts 48 hours, go here. If you want to join my Book Love Reader’s Group on Facebook, go here.) So far this year, I have been to the Northwest Tarot Symposium in Portland, Oregon, where I met so many wonderful people…I truly found my tribe. Or rather, my other tribe, as Romance Writers are my tribe as well. I am most definitely going back next year.

I learned from some wonderful people, and fell in love with way too many tarot and oracle decks. I have a new obsession, apparently…more on that in another blog post (but if we’re FB friends, you’re seeing my journey). I made friends so fast, and miss them. Ah well, there’s always Facebook…

Next, I’m off to Denver in July, for the Romance Writers of America’s National Conference. 2,000 women and men who write romance, getting together to teach, and learn, and laugh, and network. I have so many friends scattered across the country / world, and this conference is one place where I get to see/meet/hug many of them. I haven’t been since San Diego in 2016, so I am seriously looking forward to Denver!

As I mentioned in my last blog post, City Lights Press is re-issuing my Caine Brothers novels with new covers (wowza!) and more content (yay!). I’m super excited for the re- launch – as soon as I get a schedule, I’ll be sure to let you all know, too.

Next up is an Urban Fantasy novel, which will be in an entirely FREE box set – 24 novels in all, FREE. My novel is A BRAND NEW SERIES titled The Blood Legacy Series, and the novel is The Curse of Elliott Jones. It should be available in July 2018.

In August, I’ll be putting out my smexy holiday story that was available last year in a box set…Snowed In at Christmas.

Then I’ll be writing furiously on the next full-length novel to come out in December, also in a box set…this will be the start of a ANOTHER BRAND NEW PARANORMAL SERIES. Once I have more info (that I can share, lol), I’ll let you know.

Well my lovelies, that’s about it for now. I’m aiming to get my wine reviews back up and running next week, which is always fun (and frankly, its been TOO LONG since I’ve done it).  My life is full, and happy, and I’m headed out to spend the weekend with my big brother because it’s been too long.

Sending you lots of love!

Pssst…check out my Amazon Author Page, and make sure you click the “Follow” button so you’ll get news of ALL my releases! 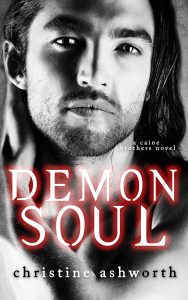