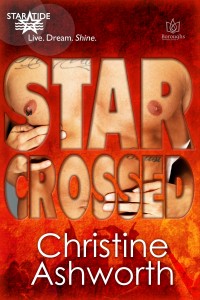 My dad had a devastating flood at his house. Apparently the toilet in the front bathroom (which had become something of a pain in the past decade) overflowed. And kept flowing. All night.

People came out to cut carpet away and set up dehumidifiers. They were without water for a couple of days. When the insurance company folks came out, they said the tile under the carpet had to go as well. The tile? Asbestos. Yep. So now my dad can’t even live in the house until all the work is done. Oh, and the wallboards will have to be replaced, too. Two to three feet up.

So he and his caregiver are in a residence hotel about half an hour away from his house while the work goes on. My brother was there this past weekend, and took some photos.

Before and afters, coming right up… The closet where dad stores copies of his books. Yes, those are all his. My room and the master bedroom sealed off due to asbestos floor tile.

One more – the hallway looking into the living room. Everything changes. Even the house I grew up in. The last time I was down there, in May, I had taken tons of photos of the house – the photo wall, the kitchen, the garden, everything. Except when I got home, only two shots – of me and dad – had actually registered on the camera. Here’s hoping the magic folks who are packing up my dad’s house and doing all the work it will take to make it habitable again do an amazing job, and that my dad is back in his home very soon.

Oh, and by the way – this is a public service announcement. If you don’t have homeowner’s insurance, OR renter’s insurance, get some. Trust me, it’s not money wasted. My dad has a $500 deductible which I’m sure has already been spent. Insurance is taking care of the rest.