After eleven years of writing, two books published and one short story, I’m finally taking myself seriously. This past week I’ve been working through Candace Havens’ Fast Draft. The goal is to write five thousand words a day. Over two weeks (which means you get the weekends to bank words), you end up with a 50k novel. Or at least a beginning of a novel, if you write longer.

I’ve done NaNoWriMo. One of those books I will never look at again. The other is book 3 in my Caine Brothers series, and needs serious rewrites which I will be getting to soon. This , Candace Havens’ process, however, made me feel like a real writer.

I gave myself an out. I started back to work last Monday, after major surgery and being off for six weeks. So I said to myself, okay. Three thousand words a day. You can do that. And every weekday last week, I got up and wrote words before I left my house to go to my job. When I could, I wrote AT the job. Then came home, and wrote some more, to make sure I hit my 3k goal. Last Thursday, the Creeping Crud got me and I only wrote a total of 800 some-odd words and I was done. Needed to go to bed, drugged out on Nyquil. Friday I came back and managed over 3k words.

Saturday and Sunday, I kicked ass and hit over 5k both days. At this point, I might add, I don’t know what the hell I’m writing. The setup I’d first envisioned is ALL WRONG and I’ll need to rewrite it, and I figured that out Wednesday night just before falling asleep. Damn and double damn. But.

I pushed through. I wrote those scenes that had to happen. The attraction scene. The sex scene. The confrontation scene. The scene in the rodeo arena. (Okay, maybe that’s just me.)  And through those scenes that had to happen, I started to see my story. So how will the second week of Ms. Havens’ Fast Draft go for me? I’m not sure. Maybe I’ll go backwards, and write the beginning again. I don’t know. Don’t care. Because in 9 days, I’ve written over 32k words. Even if a lot of them have to get trashed, I’m learning.

I’m learning about my process, about my story, and that, hell yeah. I’m a real writer, even if it’s taken eleven years to feel this way. 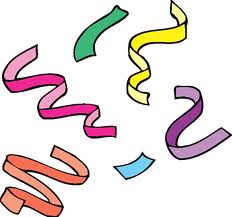 It’s been a strange day. My goal this year was to get DEMON HUNT off my plate and onto my editor’s plate by 1-15-12 – and I did it, as of about 9:20pm last night. The book that has been haunting me for the past year is out of my hands for the moment, and boy does that feel GOOD! Today, I’ve been (between work projects, of course) wandering through my various and sundry flash drives, going through my writing history. I’ve got two pages of one book I’m DYING to read but, unfortunately, I haven’t written it. Bits and pieces of story ideas for Harlequin which haven’t been written. A high fantasy trilogy, also not written (but I’ve got TERRIFIC titles for those 3 books).

Then, I crossed paths with two books that were finished and had undergone extensive revision. Of course, that was before I knew what “extensive revision” really meant, but anyway. Two books. Finished. They need polishing; one is more of a romantic suspense (not too heavy on the suspense, though), with a young rock n’ roll heroine and an older hero; the other is – well, back in the day I’d call it chick lit, but not any longer. So I’ll just say it’s a humorous coming-of-age story about a 30-something female radio personality who trains for and runs a marathon for a reality TV show in the hopes of winning 2 million dollars.

They both have promise. They both need work. They were both, surprisingly, written in 2006.  So, I think while I’m digging through Justin and Maggie’s story for DEMON LUST (title not in stone), I’ll take breaks and work on these other two books just for kicks.  Though I really need to get back to that two-pager – wow, it was fascinating. I have a lot of world-building to do for that one, but that’s okay.

It is so cool to realize I’ve been doing this for eleven years. To realize that yes, I’m a writer. These stories have merit. They may not be ready for the big time yet, but they work. It’s thrilling, exciting, and so damned satisfying!!!

What fun stuff you can find when you go trolling through your flash drives (or closets, bookcases, dresser-drawers, boxes in your garage…can you tell I’m thinking about spring cleaning?!).

What have you found, lately, that you hadn’t seen in a very long time?

~  Have you read DEMON SOUL yet?  If you have, drop me a line and let me know what you thought!  ~