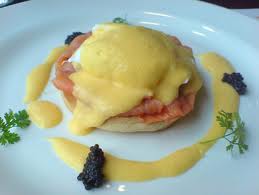 Yesterday I stumbled upon another fantastic recipe (thanks to Angela James), and now I have two totally different breakfasts for you to make some super-special weekend. (Also good for relaxing holiday breakfasts, if you’re not the one in charge of the family dinner.) BREAKFAST #1: Eggs Benedict  I love eggs Benedict, mainly for the Hollandaise sauce. Over the years I have strayed from the narrow cook-book definition of eggs benedict – I don’t always use English muffins, I rarely use Canadian bacon, I don’t poach the eggs (don’t get me started about poached eggs!); so how can it be remotely considered eggs Benedict? It’s all about the Hollandaise Sauce, baby. Let me define it before going further:

As eHow.com puts it: Hollandaise sauce is “A hot, emulsified sauce made from egg, butter and lemon juice. It’s one of the five “mother” sauces of French cooking.” (And, apparently, has been around for four hundred years or so. Woof.)

My mom, not being a gourmet cook (but feeding us well and tastily for many years), never made Hollandaise sauce. It wasn’t until I married a man with a microwave that I learned to love it. Since I married that man, we’ve replaced the microwave three times (kept the man!) and the book I learned this recipe from is long gone, but here it is:

Put your butter in a two-cup container and microwave for 20-30 seconds, until melted. Add remaining ingredients; mix well. Cook in the microwave, uncovered, for one minute until thick – stir with a fork every 15 to 20 seconds. And…voila! Makes 2/3 cup sauce, more or less. Perfect!

Note: I have never used margarine in this recipe. I’ve varied the light cream from everything to heavy whipping cream, to half and half, depending on what I had in the fridge or what I could afford. For the lemon, MEYER lemons (preferrably home grown) work beautifully in this recipe – but if you absolutely have to use bottled lemon juice, go ahead. Oh, and always save your extra egg whites in the fridge for breakfast the next morning. And do NOT leave out the dry mustard! Wet mustard will not work, sorry.

I have never made this any other way than in the microwave – but when I hear people tell stories about it, there’s usually tears involved. I’ve never cried about the way this recipe turned out.

Poaching eggs: I refuse. (What are restaurants for, anyway?) After many failures and partial eggs, as I was making my breakfast one morning the lightbulb went off in my head – I was making them the way I had been taught by my father when I was a very young ballet dancer – technically “poaching” the eggs without the headache. Let me tell you how.

Hot pan, butter sizzling, crack two eggs in. Let them sizzle for a bit, then add about 3 tablespoons of water, and put the lid on the eggs. DO NOT LEAVE THE KITCHEN OR YOU’LL HAVE RUBBER EGGS. Cook on medium, but check the eggs after a minute. Once the egg whites are set, the egg is done! If you want the yolk hard and not runny, take off the heat, leave the cover on and make the toast you forgot to make earlier, and you’ll have a hard yolk.

So how do I make my eggs Benedict? Either English muffin or a croissant, split in half and toasted. Hollandaise sauce, made in microwave. Bacon, likewise made in microwave (lots less grease to clean up!). If using sandwich ham, I heat it in the same pan as the eggs. If I’m really spiffy and using Canadian bacon, then I gently warm it in the microwave. Or sometimes I’ll use cooked asparagus, but that’s another post. Once your bread and meat are done, plop the egg on top, drizzle the Hollandaise sauce, sprinkle lightly if you wish with Paprika, and serve with a cup of fruit, a cut up apple or a quartered tomato fresh from the garden, plus the perfect cup of coffee or tea to round out your meal. Prepare to go into a food coma after eating.

By the way, I highly recommend ONE egg per person, and loading up on the fruit and fresh veggies. You can always put the asparagus on the side and drizzle Hollandaise on top…

Best Weekend Breakfast #2: This is perfect for that rush rush, gotta get breakfast out of the way before the holiday begins. It’s also great for a slow weekend, a lazy morning, a cup of coffee and the Sunday Times. It’s called the Maple-Bacon Biscuit Bake.  I made it early this morning – my home still smells of bacon 12 hours later.

It’s heaven in a biscuit. Kind of strange, in that you only bake it for ten minutes (okay, at 475 F, but still…) and then leave it in the oven for another ten to 15 minutes with the heat off…but let me tell you, it was love at first bite. Bacon, maple syrup, brown sugar, butter, and a fabulous biscuit recipe (that alone is a HUGE keeper!). What’s not to love? Go to the link above and get the recipe – Angela James put it on Facebook yesterday, which is how I found it (and got all fangirl and STUPID because it was ANGELA JAMES putting it up – sigh!). My Hubby, my two Young Men, and a teen who had stayed the night all declared these biscuits to be the Best. Breakfast. Biscuits. Ever. And they’re easy. You can either use real milk or buttermilk. My guess is, if all you have is half and half that would work just as well.

Oh, and don’t freak when you see Bakewell Cream in the ingredients list. There are directions to use baking powder and omit the baking soda if you don’t have Bakewell Cream…though I’m thinking I need to try it out, and might just place an order for it soon.

So Ashley, there you have it – not only the Hollandaise Sauce to DIE for (terrific on Steak Diane…), but a wonderful breakfast biscuit, too. Enjoy!

P.S. – I know, it’s Monday. But hey, the weekend will be here before we know it – and now you’ve got time to plan! Cheers!

Demon Soul is available for the Kindle and the Nook! Get your copy today! 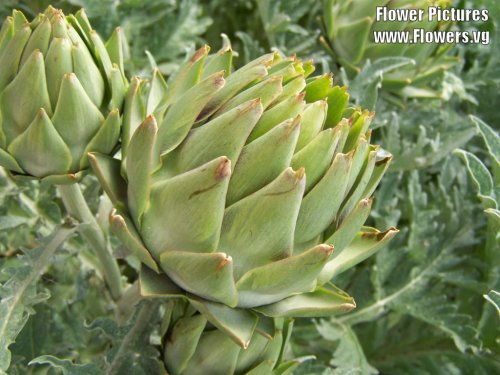