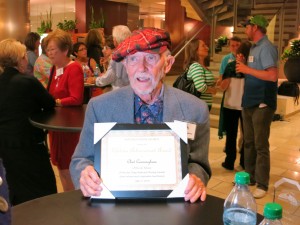 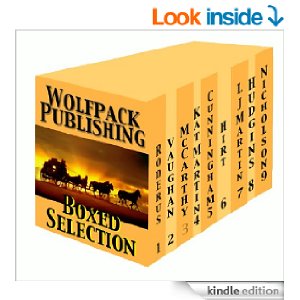 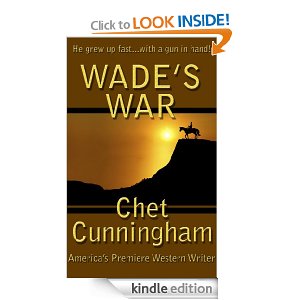 Yes, again, lol! Why? My dad’s pretty cool. Plus he’s got some new books out, Westerns, and one of them got as high as the 800s in the Kindle listings! He finally found the right guy to publish with (Wolfpack Publishing) and he’s doing a booming business (comparatively speaking). Here’s dad’s AMAZON PAGE – if you could go over there and give it a “like”, I’d really appreciate it. Plus take a look – he’s got 8 pages of novels. No, seriously. EIGHT. Maybe more. I didn’t double check…

Here’s a couple more of his newest books… On the Chisholm trail, pounding hooves on a rough, rocky, tortuous ride into the arrows and lances of Indians and gunfire of desperate rustlers. When the gun smoke clears and the blood dries, will anything remain? When a city detective takes on a little bounty hunting, he’s in for some trail-tough tracking and lots of gun smoke and flying lead.

Chet Cunningham is America’s premiere western writer, with almost two hundred to his credit, among his over 300 novels. If you love the west, you’ll love Chet and his hard hitting western action adventure novels.

He doesn’t know I’m promoing him – but he will! Thanks so much for stopping by.