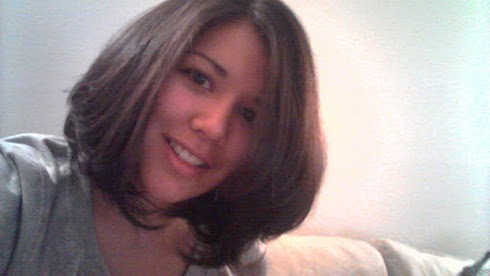 Monica has written an awesome book called Socialpunk – I’ve read excerpts, and it’s so cool! She’s celebrating with a blog tour and a contest, and yes there are prizes. The contest takes place from April 3rd – April 30th in conjunction with the Socialpunk blog tour. This is a photo of Monica Leonelle, taken from her website.

Here’s the Blurb for Socialpunk:  “Ima would give anything to escape The Dome and learn what’s beyond its barriers, but the Chicago government has kept all its citizens on lockdown ever since the Scorched Years left most of the world a desert wasteland. When a mysterious group of hooded figures enters the city unexpectedly, Ima uncovers a plot to destroy The Dome and is given the choice between escaping to a new, dangerous city or staying behind and fighting a battle she can never win.”

“Twelve cups of water sat on the table, four for each of them. Next to each cup sat a pill—yellow for fat, red for carbs, blue for protein, and green for vitamins.

Vaughn took the red pill, ripped it in half like a pack of sugar, and poured it into his cup. He set his cup into a contraption on the table and it whirled and hissed. When the machine finished, the cup had a pink, swirly liquid inside.

Nahum looked at the four cups in distaste.

“Not up to your standards?” Vaughn asked, shooting his drink. He swallowed the mixture in one large gulp. “I would get you something else, but we’re rebuilding our hash. We can’t afford real food, plus it’s bad for you anyway. Extremely difficult to maintain a balanced diet.”

“Synthetic food can’t cost that much,” Nahum countered. He grinned. “We had it in our little fake world, at least.”

Vaughn chuckled. “Synthetic food is even worse for you than real food. Shortens your life. We stopped eating that stuff at the turn of the century. It gave people long-term hyperactivity, which can kill you. LTH took out a lot of the population, kind of like cancer in your day, except a bigger deal because the population had dwindled so low already. Plus, people live indefinitely now.”

But Vaughn looked genuinely surprised. “Of course we do. Have you seen anyone who looks over the age of twenty-five to yo

“What does that mean, though?” Ima asked out of curiosity. “How could you live indefinitely? You may not look older, but you still age.”

Vaughn grinned. “Like I said before—there’s a lot you don’t understand about this world.”

Okay, sorry about this guys but I couldn’t upload her book cover or figure out the Rafflecopter thingamajiggie, and despite my sending her emails, I’m not getting any response from her. <insert pouty face here> If you leave a comment and are interested, I’ll see what I can do to get you into the contests she’s holding.

Anyway, the book looks interesting, yes? Visit her at her website and read more!

Demon Soul is available for the Kindle and the Nook. Demon Hunt coming Summer 2012