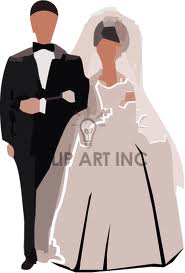 I have a lot of friends and acquaintances who either have never married, or have been serial marriers – and divorcers – or just divorced “the once” and never remarried. As I’ve watched their lives, it has occurred to me, many times over the past three decades, how lucky I am (yet I am sure they wouldn’t trade places with me!). I’ve been married 32 years today. Yep. 32 years ago, Tom and I stood at an altar in the church where I was baptized, and under the teary gaze of my mother and the shocked gazes of all my ballet friends, we got married. I was the tender age of 20 plus 8 days; Tom was 26-about-to-be-27. Many of my contemporaries were sure that a) I was pregnant or b) I was certifiably insane. That day feels like it happened a month or so ago; certainly not 32 years ago.

Tom has been asked our secret to a long and happy marriage. He told a girl on set yesterday that it takes two things: good sex, and knowing when to lose an argument because it just isn’t that important. He related the story to me with relish; said the look on the girl’s face was priceless, as if she seriously wondered if she wasn’t getting/giving good sex. I would have to toss in there a third ingredient – patience. When we married, I was like a horse bolting its reins…eager to explore a brand-new adult world. I had a lot of growing up to do, and luckily Tom was patient enough to allow me to do so. Bumps and bruises along the way but nothing too terribly stupid (to my vast relief). As our first decade waned, we decided to have a couple rugrats…and by my 30th birthday I was pregnant with our first son.

So our second decade was filled with babies and teething and school and soccer and living the suburban life while working (me) and working on a tv/film career (Tom). That decade flew by; the only way I knew I was getting older was by the height of my children.

The third decade was more of the same, with the usual teenaged stuff that happens when you have teens. A change in dynamics – hubby with the day job, and me home, writing novels and trying to figure out how to be successful at it. (Still working on that one.) This decade was another one filled with patience…I think, after so many years of getting up and going to work, that I drifted into a depression. I still wrote, but when I look back, it feels like I was only half there. Now onto the fourth decade. The first two years have been rocky – um, brain surgery – but it all seems to be smoothing out now. I’ve got a book contract and am working on new projects; I’m working for 5 hydrogeologists and having a blast; and Tom’s back to doing what he loves, working on carving a career out for himself in TV and film.

32 years? It doesn’t seem possible. I’d swear my heart, at least, is barely 21. (And yes…the sex? Still good!) Now excuse me…I’ve got some celebrating to do!