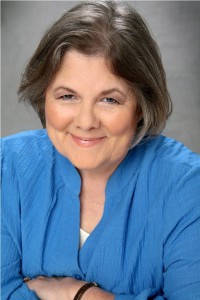 Egyptian Paranormals? Cozy on up – Veronica Scott is taking over the blog today! Christine, thanks for inviting me to be your guest for Writer Wednesday!

So, one of the questions I always get asked is, why do I write paranormal novels set in ancient Egypt?  (Although I also write futuristic science fiction, just sayin…) Here’s my multipart answer.

My mother was a would-be archaeologist whose bookcase was filled with every single Time-Life book printed about ancient cultures and civilizations, including the glorious illustrations and photographs. I spent a lot of time poring over those books as a kid and the place I was always most fascinated by was ancient Egypt. I think the tomb paintings and the jewelry probably caught my eye first, to tell you the truth, but then when I started reading about the Egyptian accomplishments and beliefs, I was hooked.

In elementary school, I found an old copy of “Mara, Daughter of the Nile” by Eloise Jarvis McGraw in the library and I devoured that book. The idea that you could write your own stories about what life was like for people who lived thousands of years ago was just eye opening to the fledgling writer  I’d become in 6th grade. I loved the details, the romance and the tiny hint of the paranormal in her book. I wanted MOAR.  Lots more. But although there are other authors who tell tales set in the time period I enjoy most (around 1500 BCE), there just aren’t enough for the voracious reader in me. So I took the oft heard advice and began writing the books I couldn’t find enough of on the shelf (or kindle).

When the King Tut exhibit came through Los Angeles in the 1970s, my employer at the time was a corporate sponsor, so I got to spend an hour pretty much alone in the exhibit (except for the ever present security guards of course). That was amazing, to be so close to the treasures I’d only seen pictures of, chief among them the incredible golden mask. The everyday items of life from 3000 years ago, like chairs and mirrors, were just as fascinating in their own way. The experience gave me a feeling for how much like us the people had been, yet how very differently they thought about things, with so much emphasis on constantly preparing for their vision of the afterlife.

I enjoy the challenge of trying to recreate the ancient Egyptian world without oversharing the tiny details or having my characters talk unnecessarily about things they would see as routine and normal (because like most writers, I looove doing the research and wow, do I have facts crammed in my head!).  Putting the gods like Hathor and Ra, goddesses such as Isis and her twin sister Nephthys onstage in the action leads to all kinds of plot fun and lets me take some liberties. I’d be hopeless at writing straightforward historical romances, although I admire those authors who can. I’m always asking “what if” and “why not this”… On my blog I devote an entire page to a discussion of historical accuracy in my novels and the ever-growing list of reference books I own!

Here’s the blurb for my most recent novel, “Dancer of the Nile”, in which I had fun describing a game of senet with life or death stakes, among other things, and bringing Renenutet the Snake Goddess into the events:

Nima’s beauty and skill as a dancer leads an infatuated enemy to kidnap her after destroying an Egyptian border town. However, she’s not the only hostage in the enemy camp: Kamin, an Egyptian soldier on a secret mission for Pharaoh, has been taken as well. Working together to escape, the two of them embark on a desperate quest across the desert to carry word of the enemy’s invasion plans to Pharaoh’s people.

As they flee for their lives, these two strangers thrown together by misfortune have to trust in each other to survive.  Nima suspects Kamin is more than the simple soldier he seems, but she finds it hard to resist the effect he has on her heart.  Kamin has a duty to his Pharaoh to see his mission completed, but this clever and courageous dancer is claiming more of his loyalty and love by the moment. Kamin starts to worry, if it comes to a choice between saving Egypt or saving Nima’s life…what will he do?

Aided by the Egyptian god Horus and the Snake Goddess Renenutet, beset by the enemy’s black magic, can Nima and Kamin evade the enemy and reach the safety of the Nile in time to foil the planned attack?

Can there ever be a happy future together for the humble dancer and the brave Egyptian soldier who is so much more than he seems?

Thank you, Veronica! The book sounds amazing – and there are two more in the series, folks! Check them out, and please ask questions – she’ll be here once she shakes free from her day job.

“Dancer of the Nile” can be found at:  Amazon   Barnes & Noble   All Romance eBooks  Smashwords   iTunes